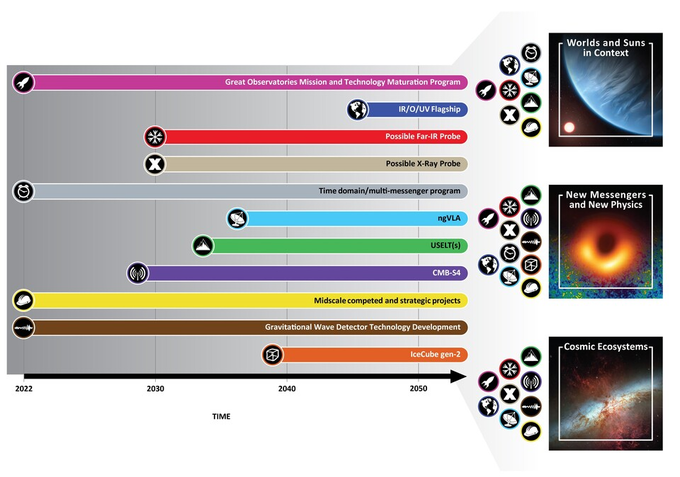 Motivation and goals of the workshop

The 2020 Decadal survey report, “Pathways to Discovery in Astronomy and Astrophysics for the 2020s”, has recommended a new line of probe missions for the coming decade, that would provide powerful capabilities not possible at the Explorer scale. The report also identified a far-IR or X-ray probe as highest priority to accomplishing the survey’s scientific goals.

As summarized in Pathways (p. 7-20): "Recent improvements in far-IR technology mean that major scientific advances can be made compared to the Herschel Space Observatory... There are many unique opportunities for a properly scoped far-IR probe to advance high priority science, and a probe scale mission is an extremely timely and compelling opportunity to do so. These scientific areas include tracing the astrochemical signatures of planet formation (within and outside of our own Solar System), measuring the formation and buildup of galaxies, heavy elements, and interstellar dust from the first galaxies to today, and probing the co-evolution of galaxies and their supermassive black holes across cosmic time."

To address these scientific priorities and provide a far-IR observatory for the entire community for the next decade, we are developing PRIMA: the PRobe far-Infrared Mission for Astrophysics. The goal of this one-day, virtual workshop is to discuss and refine the science case and required capabilities of PRIMA. Registration for the workshop is required.

In order to collect community input on the science and technical priorities for PRIMA ahead of the workshop, we have created a PRIMA community survey that is now open for your consideration. Your inputs will be greatly appreciated and feed directly into choices being considered now for PRIMA.